This is the first of a multi-part blog series focused on residential heating oil tanks. Here we introduce some background information regarding residential underground storage tanks (USTs) and some industry statistics relevant to the insurance industry. Stay tuned for Part 2, which will address New Jersey’s underground heating oil tank (UHOT) regulations, the nuanced relationship between insured and insurer, and effective remedial technologies for heating oil remediation.

Releases from residential USTs are typically revealed during a property sale transaction and, once identified, require investigation to confirm the release and determine the extent of contamination. If contamination is identified, the property owner is required to report the release to the regulatory agency, which will typically issue a spill number and/or case number. The ensuing investigation will define the nature and extent of the release to determine if remediation is necessary and, if so, to what extent remediation is required. Residential USTs are excluded from federal regulations and therefore do not require financial assurance to clean up spills like regulated USTs do; however, some states or local regulatory agencies may regulate heating oil USTs, requiring registration financial assurance in certain cases. Table 1 represents states with UST registration and regulatory requirements.

Projects involving residential heating oil releases present unique challenges and can be emotionally charged. Homeowners are seeing their greatest asset – their home – in danger and must carry the burden of the associated costs, impacted property value, and potential displacement during the remediation, not to mention any health impacts to occupants. It’s important that those involved in the investigation and clean-up work understand that this is an emotional time for a homeowner, especially when a petroleum release has been identified under the home which is potentially not covered by the homeowner’s insurance policy.

Residential USTs are typically located within 10 feet of the house foundation and at least 1.5 to 2.5 feet below ground surface. Usually, the long axis of the tank is either parallel or perpendicular to the house foundation. USTs typically have a two-inch galvanized steel fill pipe present at ground level and a vent pipe sticking out of the ground.

Alternately, some homes may have an aboveground storage tank (AST) for heating oil storage that can be in the basement or outside the residence. ASTs can have remote fill pipes or fill ports directly on the tank. Heating oil tanks located in basements typically have remote fill ports and often are associated with overfills and Contractor Pollution Liability Claims. ASTs are also subject to environmental concerns and financial liability. AST releases are usually due to overfills, leaking pipes, and deliveries to households where the tanks have been removed but the fill pipes were not properly abandoned, resulting in a release of heating oil directly into a residential basement.

Overview of U.S. Heating Oil Use

Annual residential heating oil (distillate fuel) consumption peaked in the 1970s and declined nearly every year since. Most replacement heating systems in existing homes and heating systems in new homes use natural gas or electricity. In the winter of 2019–2020, about 5.5 million households in the United States used heating oil (distillate fuel oil) stored in ASTs and USTs as their main space heating fuel, and about 81% of those households were in the U.S. Northeast census region. In 2019, residential consumers in the Northeast used about 2.9 billion gallons of heating oil, equal to about 86% of total U.S. residential heating oil sales. Figure 1 shows the states with the highest heating oil consumption as well as a comparison of sales by region.

It has been estimated that up to 5.5 million residential heating tanks (ASTs and USTs) exist in U.S., and 1.1 million in Canada. The Canadian report concluded that “out of approximately 1.18 million homes (in Canada) with oil tanks, the insurance industry derives approximately $1.20 billion in premium. Based on extensive inspection data, approximately 625,933 installations are not in compliance with Can/CSAB 139 (Installation Code for Oil-Burning Equipment, as amended from time to time) an approximately 72,227 would fail ultrasound testing, indicating a leak in the tank may have occurred. Based on an average of $65,000 per clean-up, the potential exposure on failed tanks could amount to over $4.5 billion in Canada.  If you use the 6% UST failure rate similar to that identified in Canada, it is conceivable the cost liability for clean-up in the U.S. could reach $25.6 billion.

According to the Massachusetts Department of Environmental Protection (MADEP), the average cost for cleanup of a residual UST release is estimated at $65,000 to $90,000; however, based on First Environment’s experience the average cost may be higher. A more detailed breakdown of estimated costs for residential clean up associated with heating oil releases is identified in Figure 2.

There are almost 700,000 Massachusetts homes heated by oil, most of which are not covered by insurance due to a flaw in the existing law. Only approximately 44,000 of the homes heated with oil (or about 6%) have specialized liquid fuel release insurance riders. MassDEP noted that there were 117 residential home heating oil spills reported in 2017. Insurance options for releases from home heating oil tanks are limited and confusing. Current law requires insurers to “make … available” insurance for heating oil releases, but does not require insurers to inform homeowners that the coverage may be purchased. If a homeowner asks for insurance it must be offered, and then the homeowner must opt in with a defined premium, deductible, and claim limit. The current annual cost to a homeowner for oil spill cleanup insurance is often under $100 per year. It’s important the insured understand the insurance policy deductible, limits, coverage, and any exclusions that may apply which are not often explained to the homeowner. Cleanup costs can range from $20,000 to $50,000 for simple oil releases to more than $300,000 for complex releases impacting both soil and groundwater along or below the home, requiring structural support of the dwelling.

When possible, homeowners should seek insurance options for USTs to help cover the cost of clean-up for any leaks and resulting contamination to soil and/or groundwater, especially since they are required by law to report and clean up releases on the property. Once a release to the environment occurs, it’s important that consultant carrying out the investigation and clean-up are responsive to both the homeowner and insurer. This involves not only following state and local environmental regulations, but also listening closely to all stakeholder concerns and objectives. Effective communication using multiple lines of evidence to support the cause, origin, and timing of the release is often overlooked by consultants; however, this is a critical step for the insurer not only to support a coverage determination, but also potential subrogation to a third-party who may have caused the release. The homeowner as well as the insurer should be provided reasonable and necessary closure options (i.e., not only one option) that explain the state regulatory requirements. To this end, there are typically different remedial technologies and regulatory strategies that can be employed to support closure. Each one should be effectively described in a proposal and discussed with all stakeholders before proceeding to remediation and closure for the release.

For more information about First Environment’s services supporting insurance carriers and/or residential underground storage tank investigation and remediation, contact us. And stay tuned for Part 2 of this blog series!

Scott is an accomplished environmental consultant, licensed Professional Geologist, and project manager with more than 25 years of experience. He has expertise in the pollution insurance industry, having worked for AIG for 13 years providing in-house technical consultation and remediation oversight services for claims throughout the U.S. Specifically, he develops detailed annual and life-cycle cost estimates, pollution event cost allocations in addition to providing technical support to claims analysts during coverage determination. Scott has evaluated hundreds of claims pertaining to whether incurred pollution costs were reasonable, customary, and consistent with industry standards and whether the work performed was required by environmental law. Scott has worked closely with claims analysts and their insured’s to provide closure option evaluation. The evaluation includes site and remedial options assessment, feasibility analyses, discussion and schedule for the site exit strategies, including detailed task-based cost estimate to allow stakeholders to decide on the best site closure strategy. In addition, Scott has conducted dozens of Phase I and Phase II Environmental Site Assessments, UST investigations and remediations, Brownfields and manufactured gas plant site investigations, feasibility studies, groundwater/solute transport modeling, and risk assessments. He also supports First Environment’s litigation support and expert testimony group; for example, he has implemented 3-D computer model visualization using Environmental Visualization System and animation to describe subsurface conditions for the purposes of litigation. Scott is a member of the ASTM International D18 Soil and Rock subcommittee and provides input to the development of new industry environmental and geotechnical standards. He also provides training to the environmental and drilling industry for numerous soil and groundwater sampling methodologies using direct push equipment. 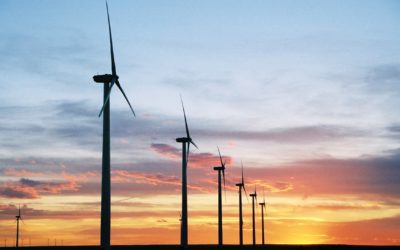 The Role of Mitigation in Climate Litigation