How the Use of AFFF Complicates Pollution Claims

Many sites impacted with per- and polyfluoroalkyl substances (PFAS) are associated with the use of aqueous film-forming foam (AFFF). PFAS are the compounds in AFFF that have made such foams effective in extinguishing petroleum-based fires, referred to as Class B flammable fuel fires. Two PFAS associated with legacy AFFF are perfluorooctanesulfonic acid (PFOS) and perfluorooctanoic acid (PFOA). PFOS was present in early AFFF formulations at much higher concentrations than most other PFAS. It is typically the dominant PFAS identified in the environment at burn pit locations that operated in the late 1960s and 1970s, where AFFF was sprayed into unlined burn pits to extinguish test fires. Even today, large amounts of PFAS reside in the surface soil at these locations and continue to leach into groundwater and surface water.  PFOS and PFOA have been proposed by the U.S. Environmental Protection Agency (EPA) to be designated as hazardous substances under the Comprehensive Environmental Response, Compensation, and Liability Act (CERCLA), also known as Superfund. Both PFOA and PFOS have been designated as hazardous substances in New York since 2017 and New Jersey since 2020.

AFFF containing PFAS is required at certified commercial airports by the Federal Aviation Administration (FAA) because it is the only Class B foam that can extinguish a petroleum-based fire fast enough to meet the government military specification (MILSPEC). AFFF containing PFAS extinguishes fires faster than non-fluorinated Class B foams, known as fluorine-free foams (F3s), and therefore is expected to save more lives. However, many argue that the potential harm to human health once the foam is released into the environment is much greater than the benefit of extinguishing fires quickly.

Nevertheless, the use of AFFF at airports and Department of Defense (DoD) facilities where airports are present has resulted in hundreds of military and commercial airports having PFAS contamination derived from fire training activities. The DoD reported to Congress in 2018 that at least 564 public or private drinking water systems near suspected or known releases of AFFF by DoD had been contaminated with PFOS and PFOA. Generally speaking, most PFAS contaminated sites – including those with the highest concentrations of PFAS – are those resulting from AFFF releases. As of June 2022, 2,858 locations in 50 states and 2 territories are known to be contaminated with PFAS, the largest percentage of which are associated with the use of AFFF. In June 2022, the U.S. Chamber of Commerce estimated that annualized private party PFOS/ PFOA cleanup costs at non-federal sites will be between $700 million to $800 million.

First Environment has been involved in numerous truck rollover emergency response environmental claims where AFFF formulations were used to extinguish the fire. More times than not, when AFFF is used in these cases PFAS is introduced into surface water, sediment, soil, and groundwater. Insurance pollution policies are typically written to cover environmental investigation and clean-up resulting from spilled material caused by the accident, but not PFAS introduced by a third party as a result of AFFF. In these cases, the discharge of AFFF clearly complicates the pollution claims from a coverage, cost allocation, and subrogation standpoint. These instances also significantly increase the cost of investigation and clean-up to close the incident with the regulatory agency.

For example, the New Jersey Department of Environmental Protection (NJDEP) has established Drinking Water Maximum Contaminant Levels (MCLs) as well as Groundwater Quality Standards (GWQS) for PFOS, PFOA, and PFNA. If the retained License Site Remediation Professional (LSRP) suspects an AFFF discharge and identifies PFAS above the GWQS, the LSRP is required to submit a discharge notification to NJDEP. NJDEP then assigns a case number requiring investigation and closure as required under the NJDEP Site Remediation Reform Act (SRRA). In New York, there are also drinking water MCLs for PFOS and PFOA, and a comparable situation holds true. If one pound or more of PFOS or PFOA is present in AFFF discharged to the environment, it must be reported to the New York State Department of Environmental Conservation (NYSDEC) spill hotline. Thereafter, a spill number is assigned, an environmental investigation is usually conducted, and remediation may be required.

The cost to clean up PFAS-polluted soil, sediment, surface water, and groundwater can complicate a claim for both the insured and insurer, often costing thousands and sometimes millions of dollars to clean up. Clean-up is costly because PFAS contaminants have exceedingly low standards and for practical purposes do not naturally degrade; only limited technologies currently exist that are moderately effective at cleaning up PFAS once it has been introduced into the environment. In addition, associated costs for PFAS laboratory analysis can range from $300 to $600 per sample, depending on the laboratory analysis method (i.e., EPA 537.1 or 1633) and turnaround time chosen. Soil disposal (assuming one can find a disposal facility to accept the waste) can range between $175 to $300 per ton; it is recommended that a hazardous waste landfill be used to reduce potential future CERCLA liability.

Notably, First Environment currently supports an airport site with PFAS contamination resulting from fire training activities. We are conducting surface water and groundwater pilot tests to evaluate technologies capable of reducing the amount of PFOS and PFOA traveling off site, including protection of a nearby New York City drinking water supply. We therefore understand the challenges associated with identifying and implementing practical, cost-effective solutions that are agreeable to the regulatory agency, community, and facility involved.

In summary, claims attorneys handling pollution claims should be aware of these considerations in cases where PFAS is introduced by a third party as a result of AFFF use. While there are no simple solutions, anticipating the challenges that can arise can help in developing proactive solutions to PFAS-related claims.

Scott is an accomplished environmental consultant, licensed Professional Geologist, and project manager with more than 25 years of experience. He has expertise in the pollution insurance industry, having worked for AIG for 13 years providing in-house technical consultation and remediation oversight services for claims throughout the U.S. Specifically, he develops detailed annual and life-cycle cost estimates, pollution event cost allocations in addition to providing technical support to claims analysts during coverage determination. Scott has evaluated hundreds of claims pertaining to whether incurred pollution costs were reasonable, customary, and consistent with industry standards and whether the work performed was required by environmental law. Scott has worked closely with claims analysts and their insured’s to provide closure option evaluation. He also supports First Environment’s litigation support and expert testimony group; for example, he has implemented 3-D computer model visualization using Environmental Visualization System and animation to describe subsurface conditions for the purposes of litigation. Scott is a member of the ASTM International D18 Soil and Rock subcommittee and provides input to the development of new industry environmental and geotechnical standards.

Phil has more than 30 years of experience involving environmental investigation and remediation and has worked on numerous commercial and industrial sites, from local gas stations to Superfund sites. Notably, he recently served as a licensed claims adjuster in the environmental claims department for a commercial insurance company. During that time, he managed environmental storage tank claims as well as general property damage and personal injury claims; he also managed litigated claim matters. Prior to becoming a claims adjuster, he worked for 13 years as an in-house technical consultant for AIG’s environmental claims department. In this role he provided environmental technical consultation and remediation oversight services to the Environmental and Pollution Insurance Products Claims Departments for claims throughout the U.S., while also supporting underwriting. He has evaluated hundreds of claims to determine whether incurred pollution costs were reasonable, customary, and consistent with industry standards and whether work performed was required by environmental law and covered specific to the pollution policy 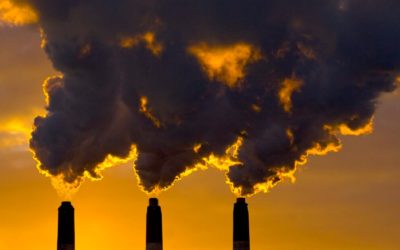